This year, Yuan fell into the US dollar by almost 12% and risks closing the seventh month in a row. The Bank of China has not yet lost control over the situation, but the measures taken by it cannot yet stop a decrease in the national currency. 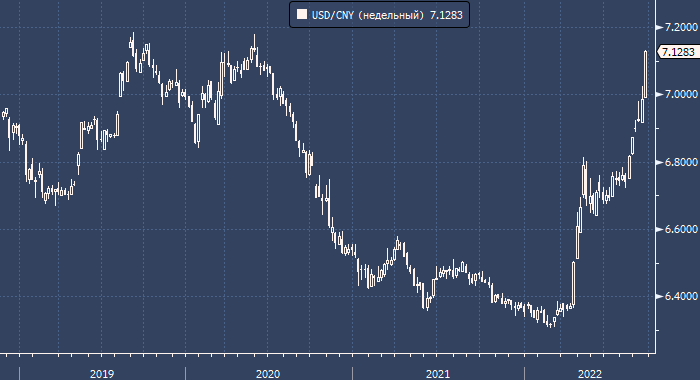 As a list of central banks conducting interventions to protect their currencies from a growing dollar is becoming longer, one country is notable for their absence: it is China. Although the People’s Bank of China has many tools that can be used to protect its currency, it mainly takes a wait and see, despite the reduction in the yuan to the dollar to the minimum level from the beginning of the pandemic.

The official rhetoric of Beijing today speaks of respect for the market forces. In particular, Van Chunin, a representative of the State Monetary Administration of the PRC (SAFE), told state television that short -term fluctuations in foreign exchange rates are difficult to predict. And one of the state publications of the Middle Kingdom wrote on Friday that Yuan was traded in a “reasonable” range.

Nevertheless, the pressure on the Chinese currency increases as anti -trial moods intensify due to a rapid increase in rates in the United States, as well as against the backdrop of a sharp fall in the currency of key trading partners of the PRC. The problem is that the direct interventions that Japan, the Philippines and India, are unlikely to have a long -term effect on their exchange rates. In the circumstances, the maximum that the Central Bank of these countries can hope for an orderly decrease in their national currencies.

“It is absolutely obvious that the perfect storm is approaching, ” says Peter Kinsella, the head of the Union Bancaire Privee UBP SA global currency strategy in London. “I suspect that the further dollar growth by another 4% in the next 6 months will look quite logical. ”

The most noticeable measure of the protection of the yuan, which the Bank of China has recently adopted, is fixing currency at stronger levels than the market, throughout the record for 22 consecutive days. Yuan is still a controlled currency, so the Central Bank can dictate the direction of its movement with fixing, which limits the movement in any direction with two percent per day. In addition, the regulator also has other tools for market manipulation. For example, recently the People’s Bank of China reduced the norm of foreign exchange reserves for banks, which increased dollar liquidity on the mainland.

None of these measures seemed convincing enough to interrupt the weakening of the yuan. This year, he fell into the US dollar by almost 12% and risks closing the seventh month in a row. This is the longest period from the height of the trade war between the United States and China in 2018.

“In the world of a strong dollar, China Bank does not have many good options to do something, ” says Lland Miller, co-founder of China Beige Book International.

The decision could be an increase in bets and direct intervention. Investors well remembered the devaluation of the yuan seven years ago (see the schedule below), when it seemed that China could fall into the endless spiral of the outflow of capital and weakening its currency. It is believed that in 2015 and 2016, about 1.7 trillion dollars left the country. Since then, China has blocked some of the most active channels for the withdrawal of capital from the country, while Covid pandemia also helps to retain the inhabitants and their money inside the Middle Kingdom. 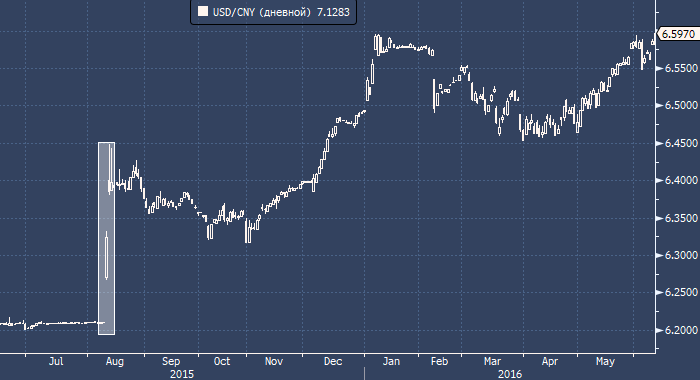 From a political point of view, the chairman of Xi Jinping will win little if he does something that can strengthen the turbulence of the Chinese financial market. On the contrary, his government considers stability in the anticipation of the October party congress, which is held twice a decade. It is expected that according to its results, Xi Jinping will receive authority for an unprecedented third term of government.

In a situation where global market conditions become more and more anti -tricked, China has achieved some success in ensuring an orderly reduction in the yuan exchange rate in relation to the dollar. There are no signs of panic in the market: indicators of the implied volatility of the yuan and demand for the options are much lower than their peak values this year.

“As long as the bilateral interest in the USD/CNY pair is maintained, the Bank of China has time for respite, ” said Evgenia Fabon Victorino, head of the Asian SEB AB strategy.

Prepared by Profinance. ru based on the materials of the agency Bloomberg